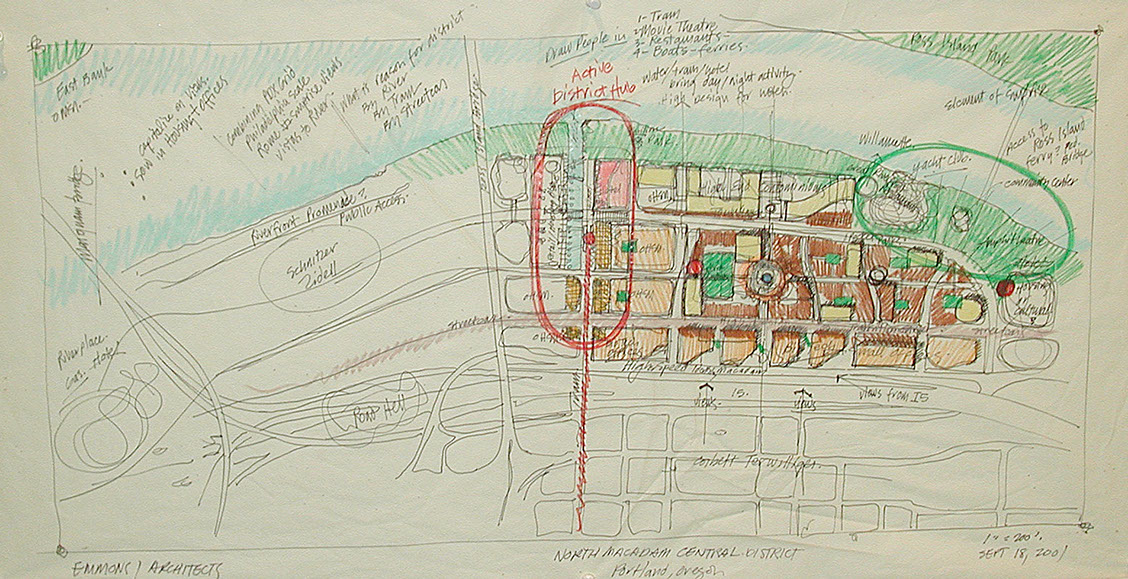 It was right after 9/11, a weekend, and I canceled all the events we were supposed to go to. We were a new small firm in Portland, recommended by a friend to a well known Portland developer, who also asked two large established firms to submit ideas for North Macadam. It was a troubling time, the debris at the World Trade Center was still being sifted through, and I found drawing the right thing to do for me.

This was the concept drawing I made that weekend.

Early the next week, I got a phone call I'll never forget. We were selected to design the Master Plan of Portland's largest development in decades. 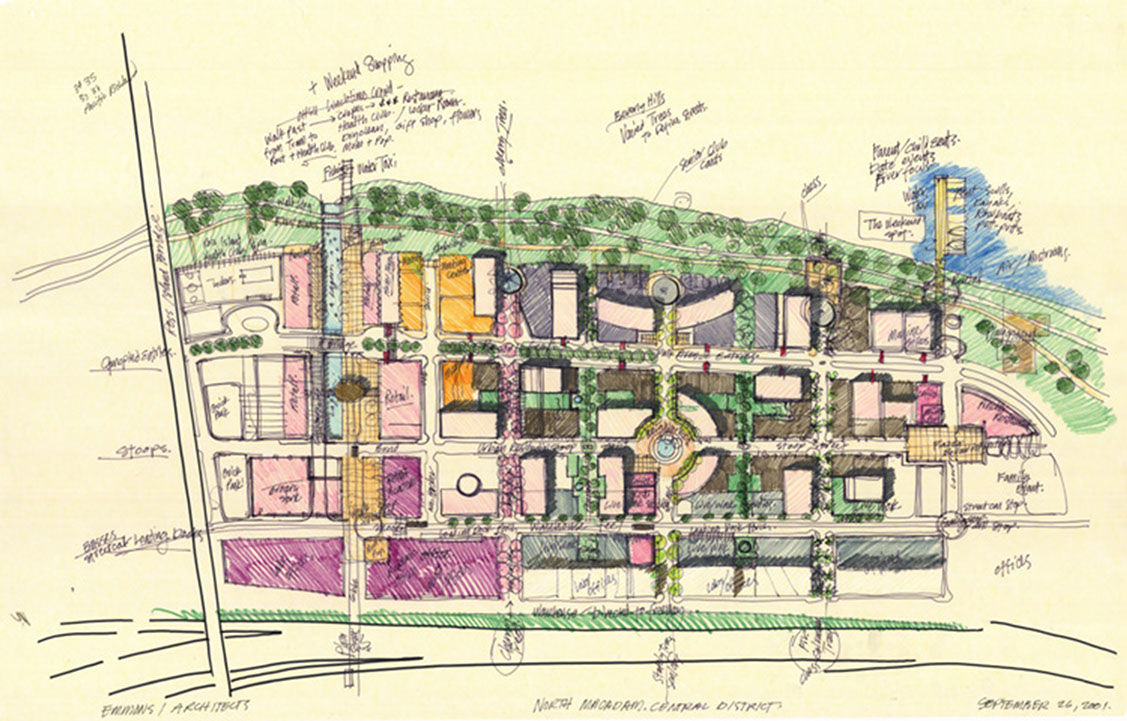 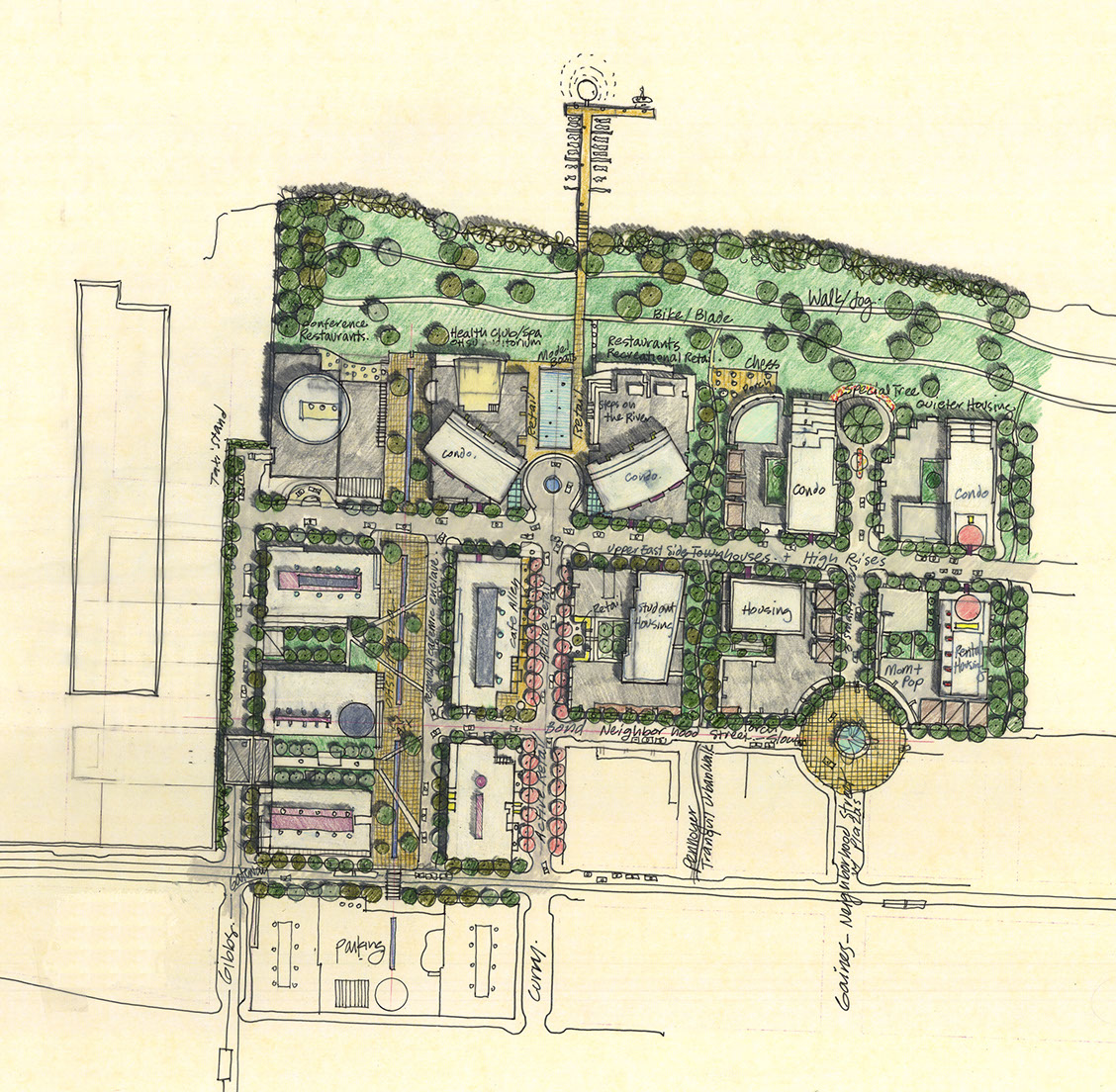